Meeting of the General Authority in the Faculty of Computer Engineering, Informatics and Communications 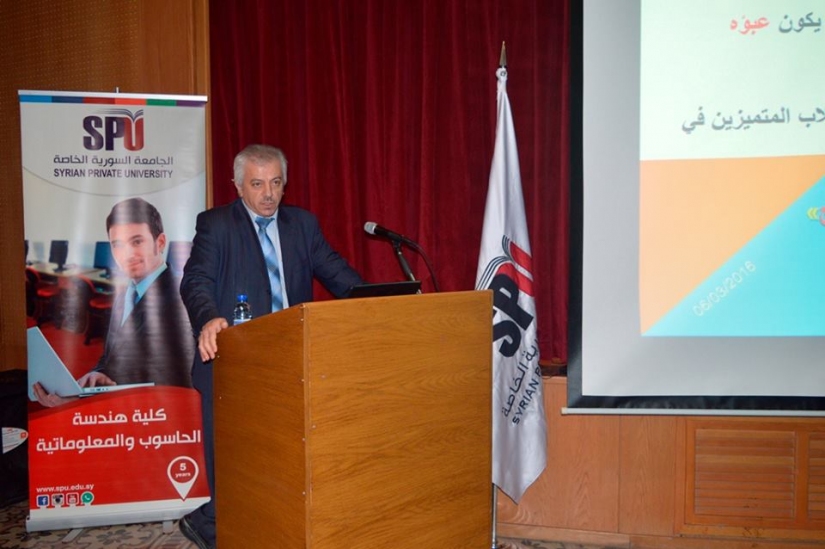 the Deanship of the Faculty of Computer and Information Engineering and Communications called for the meeting of the General Assembly in the presence of the President of the University, Prof. Dr. Abdul Razzaq Sheikh Issa and his Vice-Dean for Scientific Affairs, Dr. Mohammad Riyad Al-Ghazi, the Dean of the College, Dr. Ali Skaf.

The meeting began with the Syrian Arab anthem and a welcome speech by the student Hassan Hadda and then a brief summary presented by the Dean of the College, which included a definition of the approved study plan in the college and its departments and specialties.

After that, a group of students introduced the specializations of the college, where they talked about their specialization, importance and future fields of work available.

In conclusion, a group of students discussed their graduation project and were evaluated by the relevant faculty members.