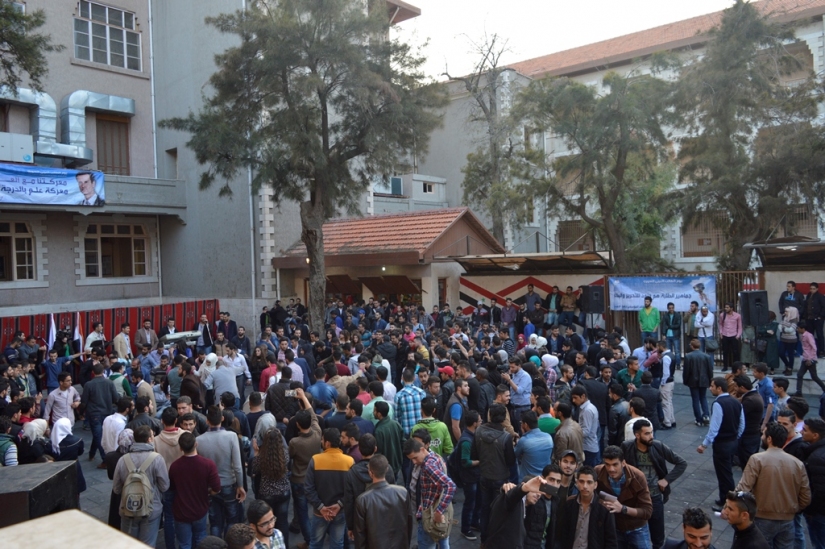 On the occasion of the Syrian Arab Student Day, the National Union of Syrian Students at the Syrian Private University held a special celebration in the presence of Syrian Vice-Presidents Dr. Riad Al-Ghazi, Professor Marwan Al-Hajji and a number of students from different faculties.

The concert began with a minute of silence on the souls of the righteous martyrs and then the brass band played the Syrian Arab anthem, followed by various artistic passages during the celebration.