Hosting dr. George Jabbour on the occasion of Eid al-Galaa 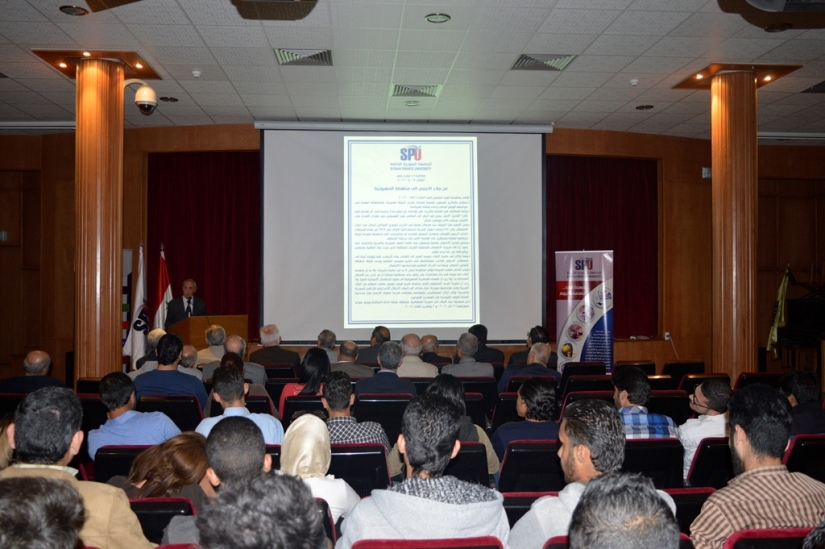 On the occasion of the 70th anniversary of the Day of Evacuation, the Syrian Private University hosted Professor George Jabbour to deliver a lecture entitled "From the Eviction of the Foreigner to the Anti-Zionism" on Tuesday 5/4/2016

The meeting opened with a minute of silence on the souls of the righteous martyrs and then the Syrian Arab anthem. After that, Dr. George's lecture began, which included important stations in the history of Syria, which are following the evacuation since the declaration of independence in 1941 until the collapse of the first democratic experiment in 1949 and the challenges that Syria faced throughout history.

The lecture also included other valuable ideas about the evacuation and the lessons to be learned from the past to confront terrorism in the present time and to address Zionist racism in all its forms.

The meeting was attended by the president of the university. Dr. Abdul Razzaq Sheikh Issa and his deputies and deans of colleges and their deputies and a number of professors and university students

The Syrian Private University's family thanks a. Dr. George Jabbour on this valuable lecture and wish him the best of luck and further tender.