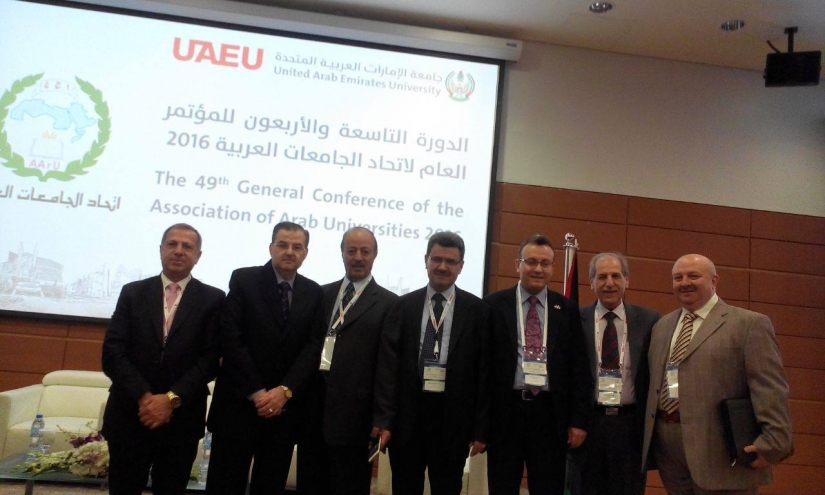 The Syrian Private University represented by its President Dr. Abdul Razzaq Sheikh Issa participated in the meetings of the forty-ninth session of the General Conference of the Union of Arab Universities, which was held in the United Arab Emirates and hosted by the UAE University.

The participation of the Syrian Private University came as a working member of the Union of Arab Universities and was keen to have an effective and distinguished role among the institutions of higher education inside and outside Syria.