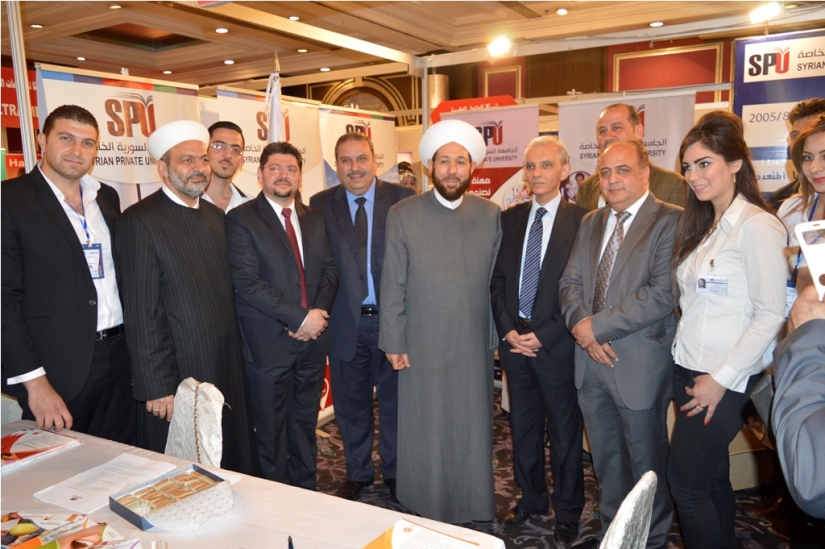 The Syrian Private University will participate in the Med Health exhibition, which will be held at the Damaruz Hotel from 21-23 April 2016 with an 18m2 pavilion

It is noteworthy that a number of community figures participated in the opening of the exhibition and the conference with the presence of a large number of doctors, students, economic actors, medical staff and visitors to the exhibition.

The Syrian Special University was honored to host the Assistant of the Minister of Health Dr. Ahmad Khalifawi and the Grand Mufti of the Syrian Arab Republic, His Eminence Sheikh Ahmad Badr Hassoun in its wing, and also the Director of Health Dr. Ramez Orfali, the President of Doctors of Damascus, Dr. Yousef Assaad and a number of guests. Dr. Marwan El-Hajji, Dr. Bahgat Akroush, Director of Public Relations, and a team of employees and graduates of the Syrian Private University.