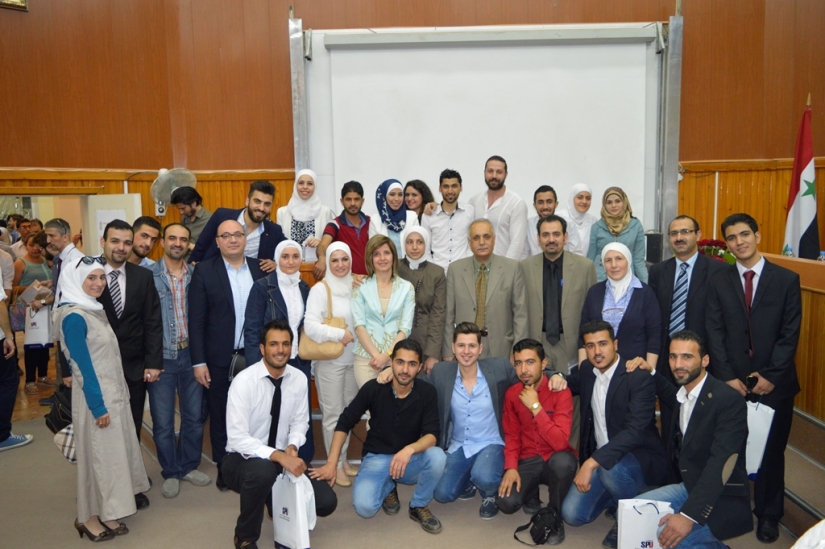 The lecture was followed by a minute of silence on the souls of the righteous martyrs and then the Syrian Arab anthem, followed by a speech by the Dean of the Faculty of Dentistry at the University of Damascus, Dr. Mohammed Salem Rassab, and a speech by the President of the University of Damascus, Dr. Mohammed Hassan Al-Kurdi, and a speech by the President of the Syrian Private University, Dr. Abdul Razzaq Sheikh Issa, their words about the importance of this competition in motivating students to pay attention to conduct scientific research and develop their abilities and qualifications of scientific and practical and applied thanks and appreciation to all those who at this competition participants and students from various public and private universities and Satzthm supervisors.

The Syrian Private University and University of Damascus honored the participating students by offering certificates of thanks for their participation and valuable gifts were also given to the recipients of the first positions by the sponsor.

The Syrian Private University families thank all the students who participated in the competition and highly valued their efforts in preparing and presenting research and proud of their students and all those who achieved the first positions and wish everyone more success and excellence ..