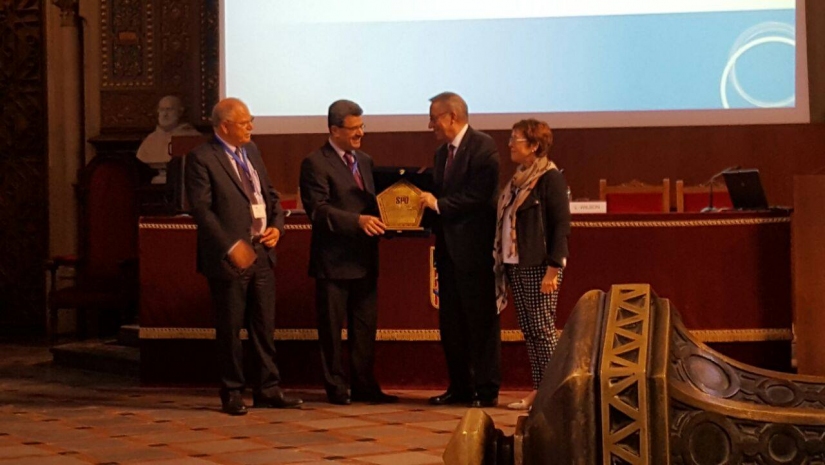 At the invitation of the Federation of Arab Universities, the Syrian Private University, represented by the President of the University, Prof. Dr. Abdel Razzaq Sheikh Issa, participated in the Third Arab-European Conference on Higher Education, which was held at the University of Barcelona, Spain, from 25-27 May 2016.

The participation of the Syrian Private University as a working member of the Union of Arab Universities and its keenness to maintain its leading role and distinguished position among the institutions of higher education inside and outside Syria.