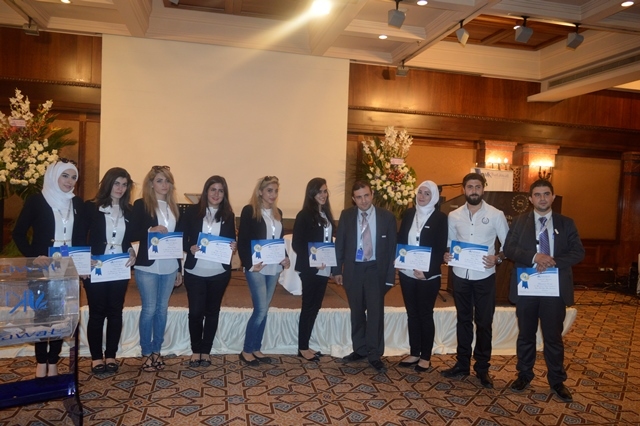 The , represented by the dean of the faculty of pharmacy Prof. Dr. Isam Hasan Agha, participated in the

the “Your First Steps After Graduation” conference in Sheraton Hotel on Tuesday , based on its belief in the necessity of follow up its students during their study and after graduation, to prepare them for entering  strongly the job market as university ambassadors where ever they go.

The ceremony was opened by a moment of silence as a gesture of respect to martyrs souls and the Syrian Arab national anthem> Then, the director of Khatwat company, Dr. Mazen Sibii delivered a word on the conference activities and the lectures delivered by specialized trainers. It was followed by a word of the dean of the faculty of pharmacy at the on behalf of the university president in which he briefed on the university faculties, its most important scientific agreement and students services, and encouraged the initiatives for taking care of the generation that represents ’s future.

At the end of the ceremony, certicaed of Thanks and appreciation to the trainers for their efforts in the lectures delivered and to Khatwat company’s employees who make the conference a success.

The university directorate wishes Khatwat company further progress and prosperity in all fields.