A scientific seminar on combating smoking under the slogan: Towards a generation without smoking 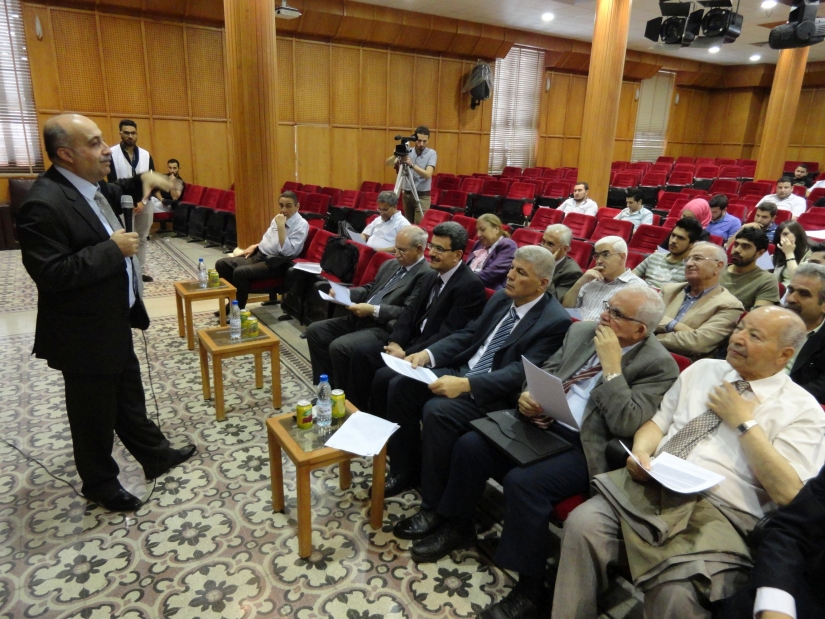 Faculty of Medicine in cooperation with the National Union of Syrian Students held a scientific symposium on the occasion of the World Day to Fight Smoking under the slogan "Towards a Generation without Smoking" on Saturday, 10 May 2014 on the runway of Martyr Bassel Al Assad Institute

The seminar was opened by Dr. Adeeb Mahmoud, President of the Damascus Hospital, Dr. Abdul Razzaq Sheikh Issa, Vice President for Scientific Affairs, Dr. Adel Nofal, Dean of the Faculty of Medicine, Dr. Nizar Ibrahim, and a large number of professors of the Faculty of Medicine and its students. Representatives of the National Union of Syrian Students Branch of the Syrian Private University.

The beginning was with a speech by Dr. Nizar Ibrahim, in which he spoke about the importance of this event, which was organized under the guidance of the President of the University and the initiative of the students of the National Union of Syrian students who are from the young generation aware of the importance of combating smoking in building a healthy generation free of diseases The Dean of the College referred to the other activities that will be carried out by the students, which are accompanied by this seminar and call for a week without smoking. All smokers from the Syrian University's private family are encouraged to quit smoking through these activities.

Then there was a speech by the president of the university encouraging this initiative and praised the efforts of the organizers of this event, which is the oldest among universities, especially that smoking is a serious scourge and efforts must be intensified and intensified to fight it as collective efforts bear more than individual efforts. Other initiatives in this important area have been encouraged to be more general and comprehensive.