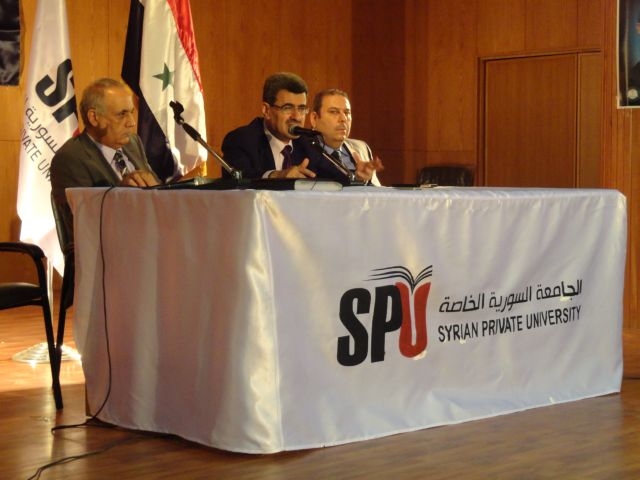 The meeting was held at the College of Dentistry with the Dean of the College, Prof. Dr. Osama Ibrahim, and the President of the University, Dr. Abdul Razzaq Sheikh Issa and his deputy for administrative affairs, Dr. Marwan Al-Hajji, at the temporary headquarters of the College on 18/20/2014.

The beginning was a welcome speech by the President of the University by the Dean of the College, where he thanked him for his interest in attending this meeting with the beginning of the new academic year 2014-2015.

Then the president of the university listened to the interventions of the dean of the college, the members of the faculty and the administrative board and their suggestions and promised to take the necessary action to implement the university and university in support of the development process witnessed by the Syrian Private University.