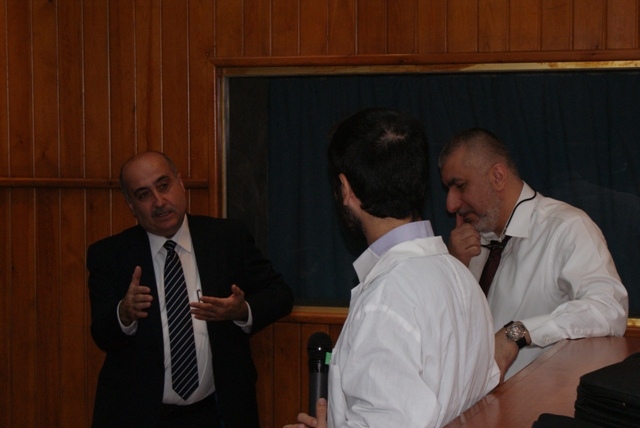 The new addition is in the discussion of selected clinical cases of patients in the hospital and in the presence of professors and specialists.

The opening of the event was attended by Prof. Dr. Nazir Ibrahim, Dean of the College, Prof. Dr. Bernard Khazem, Professor of Pediatrics, and Dr. Bihas Waqaf, Director of the University Hospital.

And after the end of the activity recorded to review the details and identify areas that need to be modified and developed later.

The students were asked about their opinion on this new training event and listened to their suggestions. The majority view was the satisfaction and encouragement of the idea and recorded some observations to be avoided.

The Deanship of the Faculty of Medicine thanks those who contributed to the launch of the experiment and its success and will be organized part of the three sessions a week effective from the date.