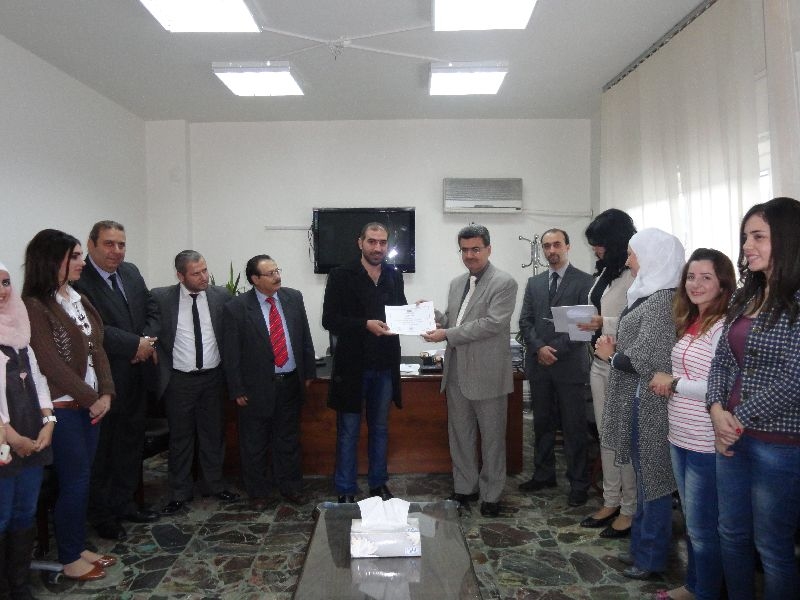 The President of the University, Dr. Abdul Razzaq Sheikh Issa, invited a group of university staff and some volunteer students to a ceremony in honor of the presence of the Vice President for Administrative Affairs and Student Affairs Dr. Marwan Al Hajji, Human Resources Manager, Student Affairs Manager, Financial Manager and Public Relations Manager And marketing on Saturday, 1/11/2014

The President of the University thanked the invited students by handing over certificates of thanks and appreciation in recognition of their efforts during the registration period 2014-2015 and the success of the team in performing the tasks assigned to him professionally during the said period. Which is the common goal of all ..