Welcome meeting with new students at the Faculty of Pharmacy 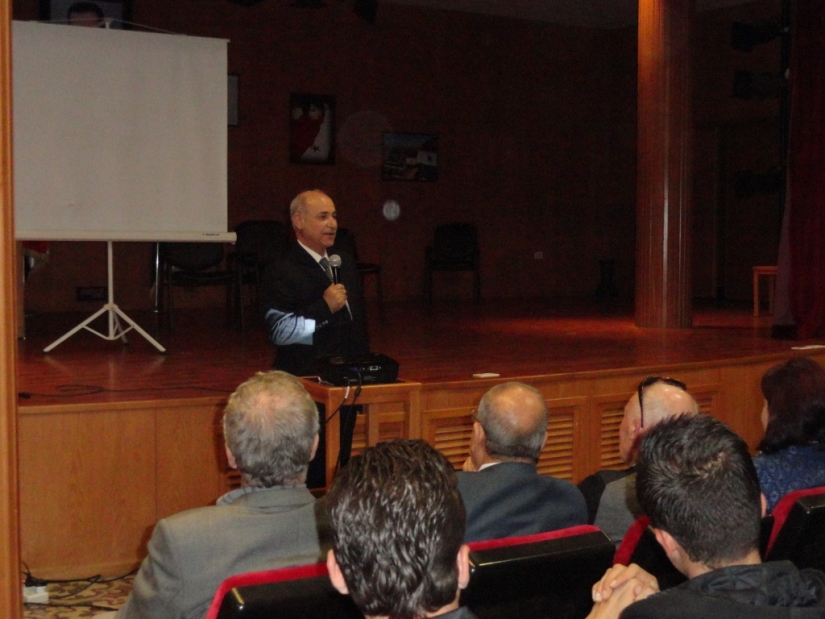 The Deanship of the Faculty of Pharmacy invited its new students for the academic year 2014-2015 to attend a welcoming meeting in the presence of the President of the University, Prof. Abdul Razzaq Sheikh Issa and his deputy for administrative affairs, Dr. Marwan Al-Hajji.

The beginning was the word of the Dean of the College, where he welcomed the new students and parents, as well as "the President of the University and his deputy and professors.

The President also welcomed the new students and called on them to take their role as members of the Syrian private university family by continuing to pursue their studies so that they can obtain a license in pharmacy within four years and not five years, if they excel and achieve high grades in their exams , To graduate and become distinguished pharmacists in the future.

The speech was read by Dr. Marwan Al Hajji, Vice President for Administrative Affairs and Students, who also welcomed the new students, wished them a successful university life and a distinguished career, and encouraged them to attend theoretical and practical lessons and communicate with the Deanship of the College and Presidency of the University permanently to overcome any obstacles that may hinder the progress of their scientific achievement.

The Dean of the College, Prof. Adel Nofal, gave a simple explanation of the College's study plan and the credit hours system. Students were introduced to their professors and department heads.

The meeting concluded with a speech by the Student Union to introduce new students to the National Union of Syrian Students. They also made a meaningful presentation that added a touch to this encounter