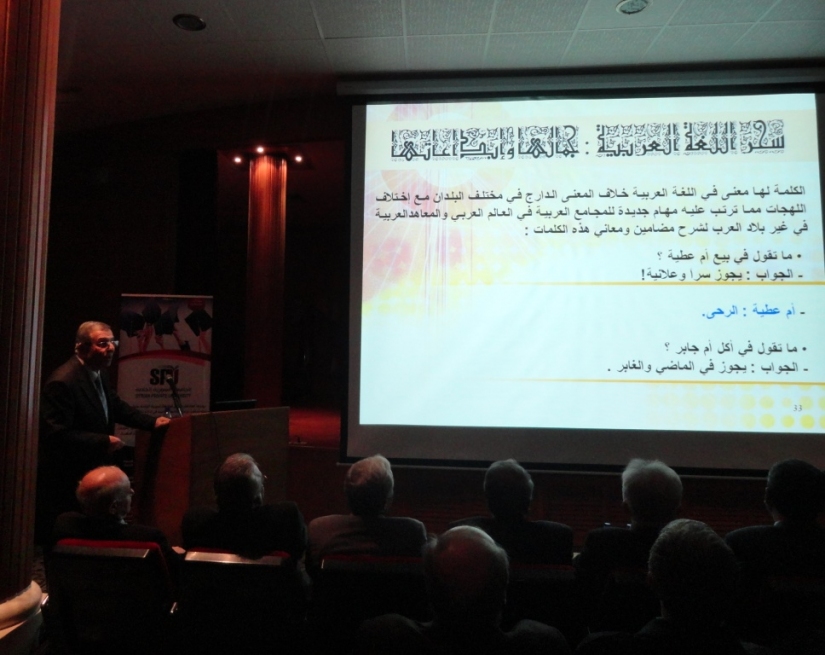 On Wednesday, 17/12/2014, the Syrian Private University celebrated the International Day of Arabic Language at the university's temporary headquarters in the presence of the university presidency, the deans of the faculties and a large group of university students from different faculties. The lecture included two lectures entitled "The Arabic Language and the Challenges of Globalization" by Dr. Adel Nofal, and "The Magic of Arabic Language, Its Beauty and Creativity" by Dr. Riad Al-Ghazi, who spoke about the importance of Arabic as one of the major languages in the world. Million people in the world, and represents the largest branch of Semitic languages.