Start the Journal Club sessions at the Faculty of Medicine 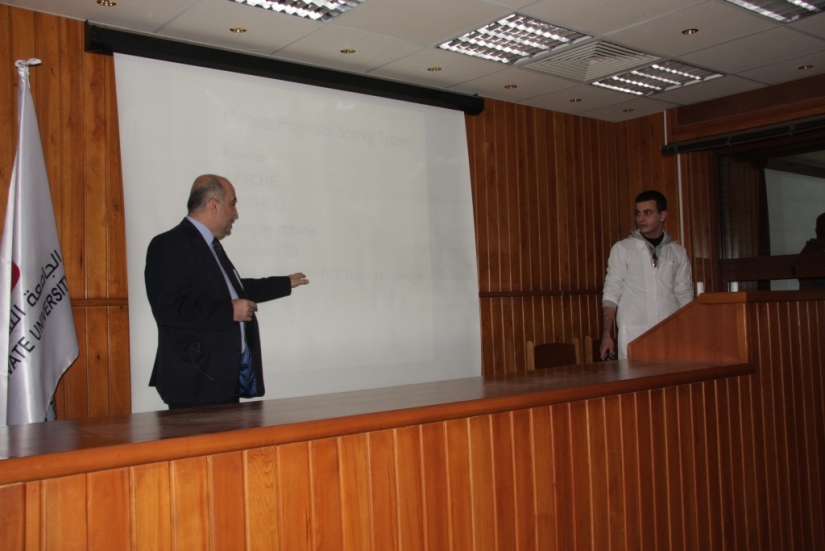 In the second semester of 2015, the Faculty of Medicine in the Damascus Hospital Auditorium started its activities on Wednesday 11/2/2015 with a distinguished presence of students, professors and doctors from the Syrian Society for Digestive Diseases and its Board of Directors.

The subjects presented were students of the fourth year of the college under the supervision of Prof. Nazir Ibrahim Dean of the Faculty of Medicine and Professor of Digestive Diseases.

The subject has attracted the attention of the audience, which contributed to deepen his understanding, as a student of the college applied on the mobile to use the article linked to the evaluation of pancreatitis and the proposal of the supervisor to convert the idea to scientific research in cooperation with the hospital Aljjtahd.

The second issue published in 2014 (AASLD 2014) is about "Tenovofir" in chronic hepatitis B.

The guests from the senior gastroenterologists praised the high level of the session and expressed great admiration for what they presented and expressed their interest in attending future sessions for its high scientific benefit.