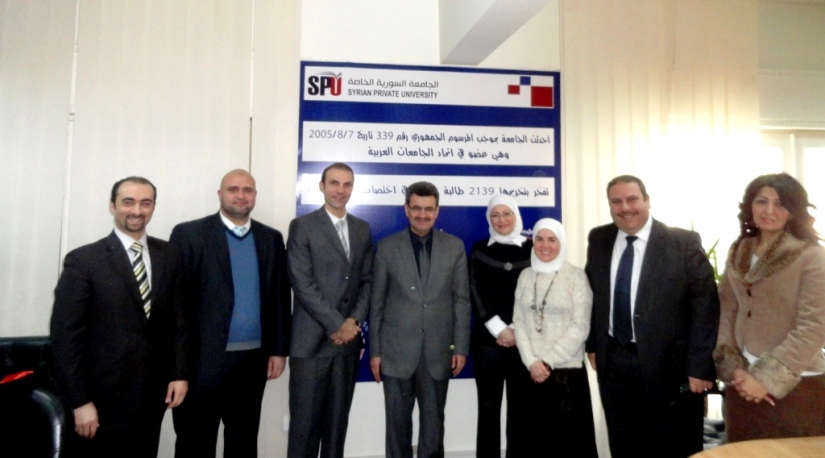 Presidency of the Syrian Special University, represented by its President Dr. Abdul Razzaq Sheikh Issa, invited some members of the Human Resources Management Association who conducted training workshops on labor market skills in the first semester 2014-2015 to a honoring session on Sunday 22/2/2015.

These workshops included several lectures on the basic skills in the labor market, which is a series that will continue in the second semester 2014-2015, through which the student will acquire the necessary skills to enter the competition in the fields of future work with high efficiency and also obtain a certificate of attendance at the end of the series.

The President of the University presented certificates of thanks and appreciation to the Chairman of the Board of Directors Dr. Munir Abbas, a member of the Faculty of Business Administration at the Syrian Private University and also to the members of the Pharmaceutical Society Ihab El-Gendy, Mrs. Noha Shweigha and Ms. Alia El-Dekher.

The Syrian Private University is grateful to the Association of Human Resources Management (IHHRM), represented by its president and members of the Association for their cooperation in providing interest to its students and wishing them success and further progress.