The first phase of the SPU Best Talent performance test 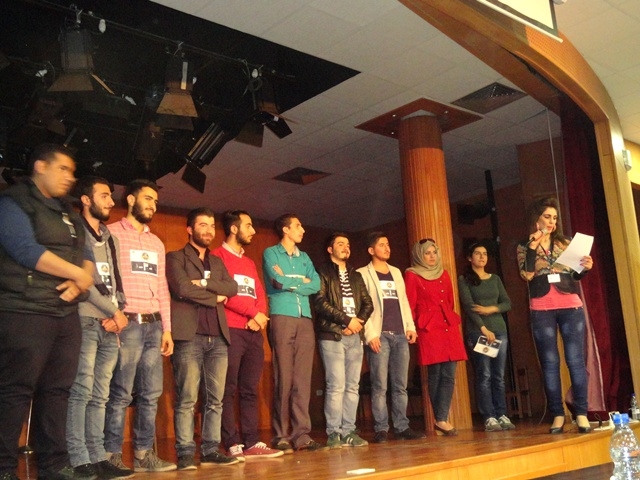 The first stage was to test the talents of singing, playing and drawing. Six singing talents participated in the competition:
Student Hassan Ibrahim - Student Degla Mulla Issa - Student Tony Salik - Student Ammar Khansa - Student Walaa Atrash - Student Al Hussein Al Rawi.
In addition to singing,
Student Tal Khalil - Student Mahmoud Aqula - Student Tony Salik
As for the talent of painting, the students were glorified: Magda Gamala and Sara Mawd Al Bared.
Students presented their talents to the jury consisting of:
Dr. Tawfiq Younis
Theatrical director Hossam Kilani
Ms. Carol Nouna is a founder of Human Resources and Institutional Development
In the presence of their colleagues and some professors at the university and the distinguished attendance of the Vice President for Administrative Affairs and students Dr. Marwan Al-Hajji, where they encouraged the participants and praised their outstanding talents
Finally, after the participants presented their talents and listened to the jury's opinion, the names of the winners were announced and they will participate in the final stage of the competition at a date to be determined after a preliminary test of the other talents in acting and poetry will take place on Wednesday 11/03/2015 at 4 pm at the Martyr Institute Basil Assad.
In the final stage only one participant will be named SPU Best Talent .. Who is ??????????