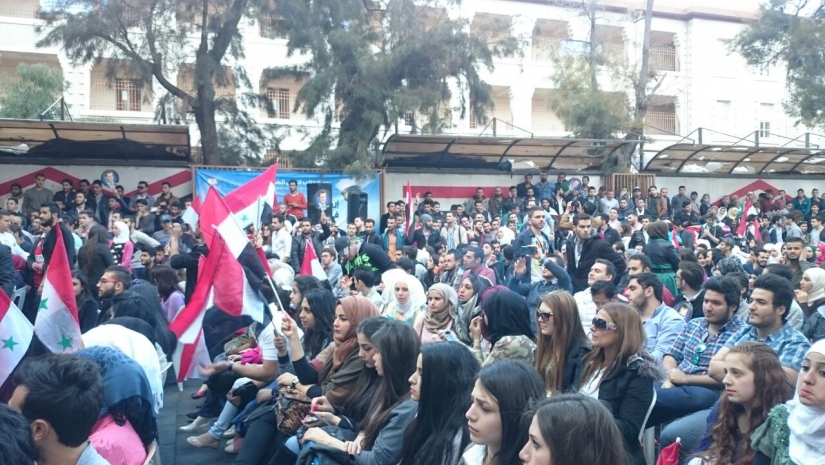 On the occasion of the Syrian Arab Student Day, the National Union of Syrian Students at the Syrian Private University held a speech and technical ceremony in the presence of Dr. Darin Sulaiman, member of the Executive Office of the National Union of Syrian Students - Head of the Office of Special Education and Informatics. Its deputies, administrative and educational body, a large crowd of students.

The ceremony began with a minute of silence for the souls of our martyrs, and then the brass band played the Syrian Arab anthem and then honored a group of outstanding students in the scientific, cultural and recreational activities that the university held in the academic year 2014-2015

The attendees then led the loyalty section to the homeland and enjoyed the art pieces presented during the ceremony.

The Syrian Private University wishes all students success and excellence.