Lecture by Dr. AbdulRazaq Sheikh Issa on the role of universities in reducing the dangers of drugs 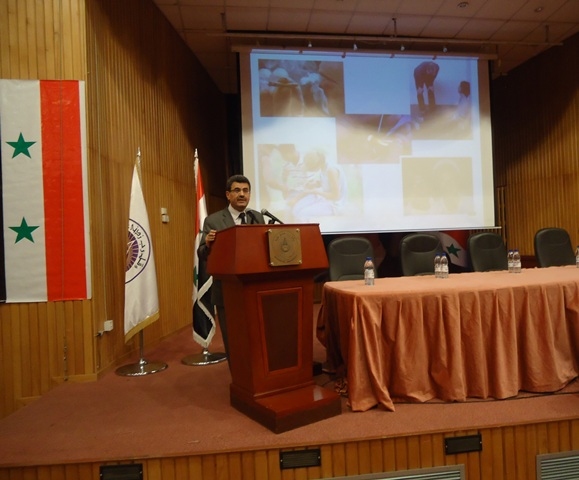 The participation of the Syrian Private University came through a valuable lecture by Prof. Dr. Abdul Razzaq Sheikh Issa, in which he talked about the role of universities in reducing the dangers of drugs and its spread. He stressed the importance of raising awareness among university students about the dangers of drugs and activating the role of the media in the university. In addition to the importance of investing students' time in what is beneficial through the establishment of scientific, cultural, artistic and social activities. A good example of this is the work of the Syrian Private University.