The President of the University will meet with Dr. Mokhtar Farhan and Mr. Alaa Ahmed 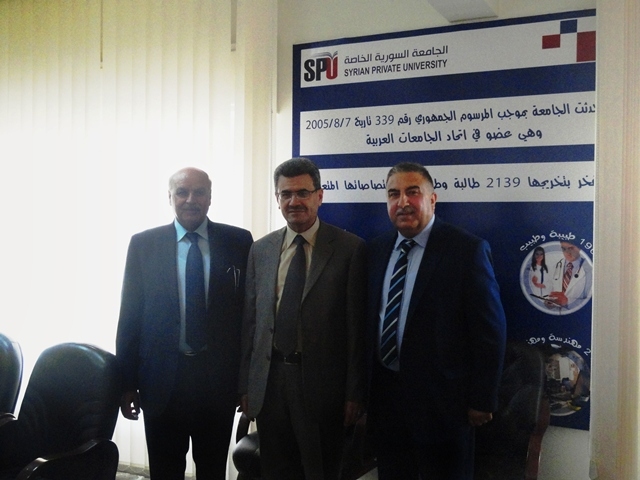 The university president also met with Mr. Alaa Ahmed, a member of the former faculty of the College of Petroleum Engineering, and wished him all the best in his current study in Canada to obtain a doctorate. He thanked him very much for his noble and sincere positions which he embodied and embodied towards the Syrian University in particular. His second country in general, wishing him all the best and be the best ambassador to the Syrian League and Syria wherever it is.