Meeting with the General Assembly at the Faculty of Dentistry in the presence of the President of the University, Vice President and Dean of the College 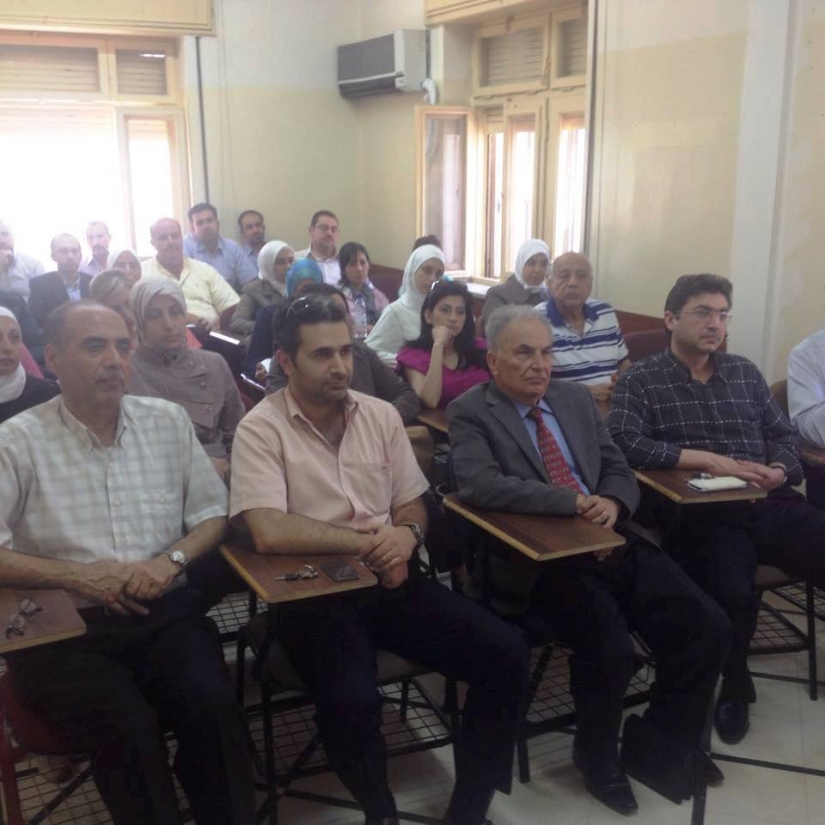 The meeting was held at the Faculty of Dentistry in the presence of the President of the University, Prof. Dr. Abdul Razzaq Sheikh Issa and his deputy for administrative affairs, Dr. Marwan Al-Hajji. The Dean of the College, Dr. Osama Ibrahim, presented his report on the progress of the College during the second semester 2014-2015. Which took place during this semester despite the transfer of the college to a new building and the accompanying transfer of clinics and other equipment of the college.

The Dean also referred to the great efforts made by the College's family in the field of scientific research, which resulted in the publication of eight scientific researches, five of which were in English. In his report on dental clinics, he mentioned the achievements of students in clinics, which resulted in an increase in the performance of clinics by 18% For the first semester of the academic year 2014-2015, where the average of the achievement of one student of clinical work 41 clinical work and the increase in the work of fixed compensation in clinics 25% included 28 crown full ceramic and 22 face cosmetic, quality and important work.

Then the president of the university listened to the suggestions of the members of the faculty and answered all their questions and stressed that excellence is the most important goals of the team working at the university. We hope that our students will achieve the advanced position in the next unified medical exam.