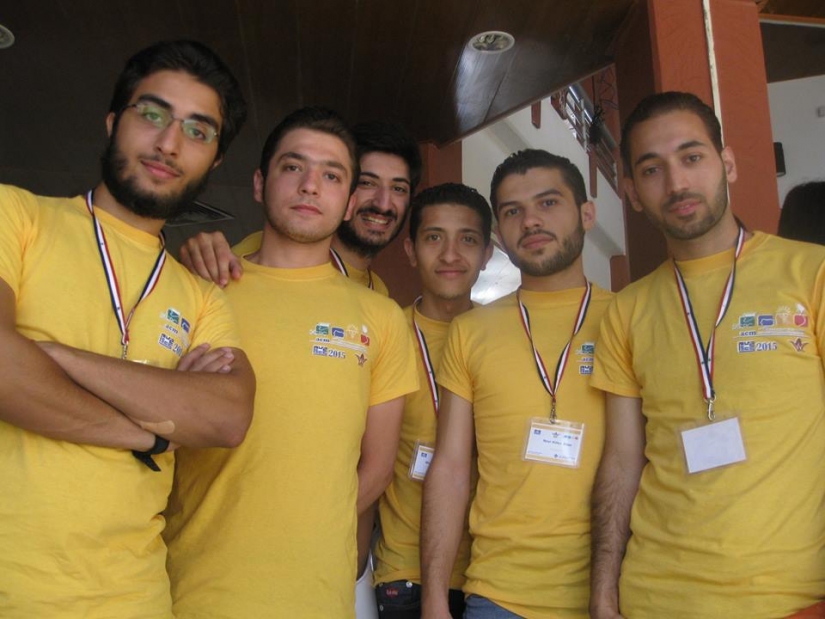 The Faculty of Computer and Informatics Engineering at the Syrian Private University participated in the program competition held at Al-Wadi University for two distinguished teams. The first group, Karberos, which consists of students (Nur Eddin Arar, Adham Khawaldeh and Ahmad Al-Khatib), finished fourth with 8 out of 11 issues. The second group, SyCrash, which consists of students (Riyad Sasila - Akram Lattakani - Saleh Al Hakim) ranked fifth with 7 out of 11 issues.

The first four teams were equal in terms of solving four issues, but time was the dividing line in order. The Syracash team from the Syrian Private University also won the Judge Award to deliver a valid solution to its question during the last seconds of the competition.

The family of the Syrian Private University thanks Dr. Fadi Ibrahim who oversaw the two teams and wishes him more success and wishes the participating students and their colleagues greater excellence and excellence in their academic and practical life.