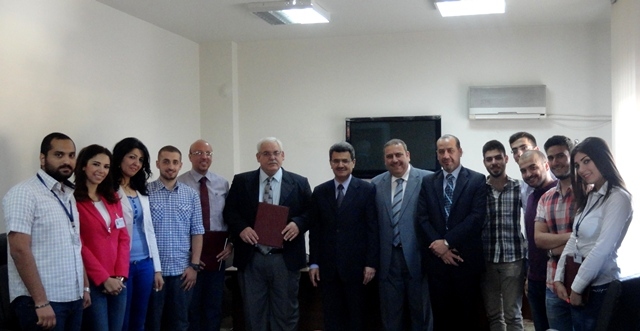 The professor thanked the efforts of all the participants in preparing, organizing and directing this competition. He also praised the cooperation of all those who participated in the training of students during the performance test stages and accompanied them in photography, playing and all that they needed. Continued cooperation to achieve greater excellence in the activities and activities of the Syrian Private University, which achieved great success in the academic year 2014-2015, had a clear imprint in drawing a positive image of the university and its role in society.

Dr. Marwan Al-Hajji thanked the participants in this session for all who played a role in the success of the activities of the University and its activities and considered that this meeting is only the embodiment of the brotherly relationship based on cooperation and linking the members of the Syrian private university family and unite their work towards a common goal. University Excellence.

The Presidency of the University expressed its thanks by giving them certificates of appreciation and wishing all of them all the best and more tender.