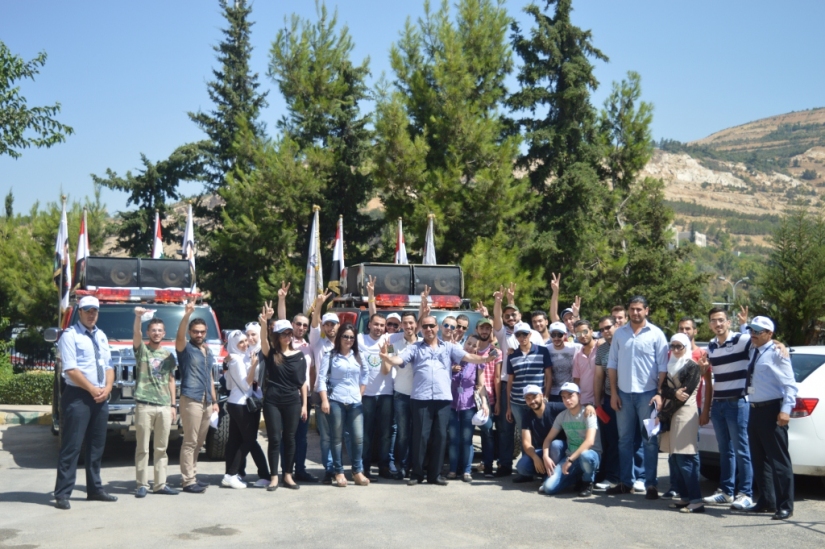 Under the slogan "Our blood is the blood of Syria," the Syrian Private University organized in cooperation with the National Union of Syrian Students, the Syrian Private University branch on 22/7/2015 its second campaign to donate blood to the sick and wounded, in the presence and participation of the President of the University Dr. Abdul Razzaq Sheikh Issa and his deputy For the administrative affairs and students affairs, Dr. Marwan Al-Hajji, the deans of the faculties, a number of directors of the central directorates and a number of students and staff at the university who expressed their interest in participating in this campaign as an embodiment of one of the most important objectives of the university in the service of our dear homeland Syria. I have a For human frameworks in the university