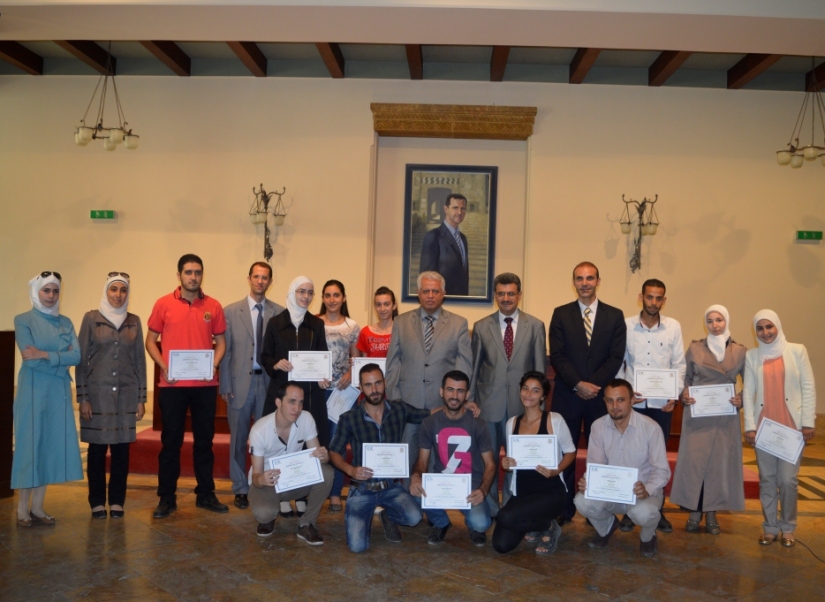 The training course on project management organized by the Vocational Guidance Center under the auspices of the Syrian Private University, Damascus University and the Human Resources Association was concluded on September 8, 2015, in the presence of Prof. Dr. Mohamed Hassan El-Kurdi, President of Damascus University, Dr. Abdel Razzaq Sheikh Issa, President of the Syrian Private University, Board of Directors and a number of trained professors and students who attended the full course.

The students presented a summary of the projects they had studied during the course of the course which lasted more than five weeks. It was also awarded to Thaer Al Gohary who gave this course voluntarily and gave him a certificate of thanks and appreciation. The attendance certificates were also presented to all the students who attended the course, The Syrian Private University and other universities.