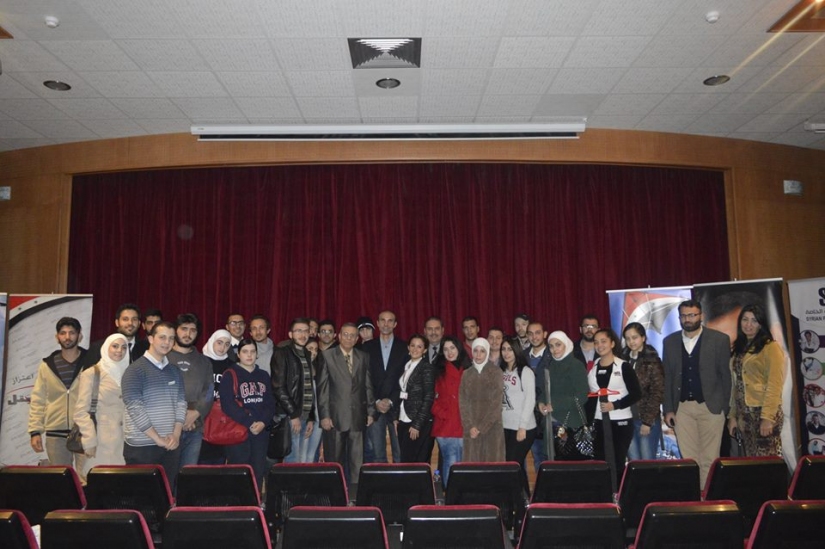 Within the series of skills of the labor market organized by the Faculty of Business Administration in cooperation with the Association of Human Resources Management, a workshop entitled "Job Interview" was held on Wednesday, 18/11/2015 at 3:00 pm at the Institute of Martyr Bassel Al-Assad. In Syriatel in the presence of the President of the Syrian Private University Prof. Dr. Abdul Razzaq Sheikh Issa and his deputies and a number of students of the Syrian Private University and students from other public and private universities

The President of the University spoke in a speech about the importance of benefiting from the workshops organized by the University in cooperation with the Human Resources Association as it is considered as a basic complement to the theoretical lessons that he received and enables him to compete and achieve excellence in the labor market.

At the end of the workshop, the Syriatel team met some students who wanted to join Syriatel and learned about their qualifications and experience to choose the best fit according to the vacancies in the company