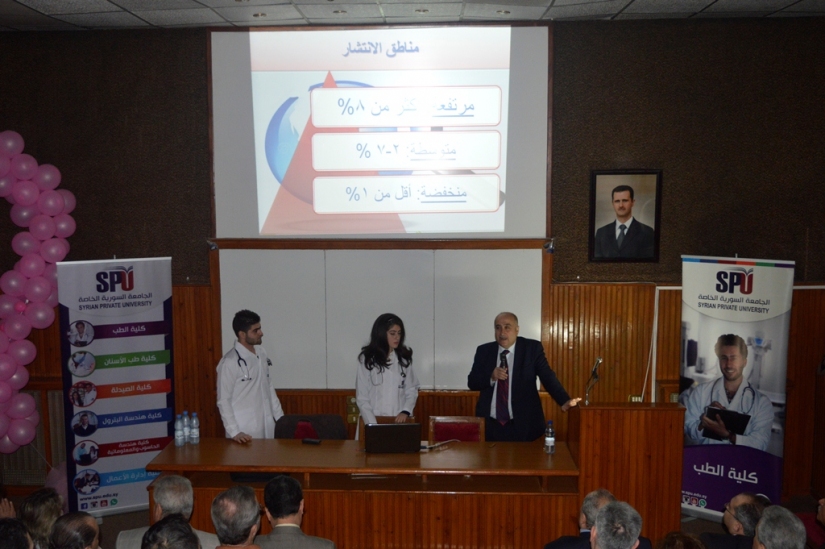 The Faculty of Medicine at the Syrian Private University held a scientific meeting on Hepatitis B in pregnant women in Al-Zahrawi Hospital on Tuesday 01/12/2015.

The meeting was attended by the President of the University, Prof. Dr. Abdel Razzaq Sheikh Issa, Director of the General Authority of Zahrawi Hospital, Dr. Rafael Atallah, Dean of the Faculty of Medicine, Dr. Nizar Ibrahim, a group of doctors in the College and doctors supervising the training of students in the hospital and also a large number of students.

During the meeting, Professor Nizar Ibrahim and Taghreed Ahmed and the student Hassan Houry presented an important scientific lecture on hepatitis B in pregnant women. They also explained the scientific research they are doing as students under the supervision of the Dean of the College.

At the end of the meeting, the President of the University and the Dean of the College honored three outstanding doctors in recognition of their valuable efforts in supervising the clinical training of the College students: