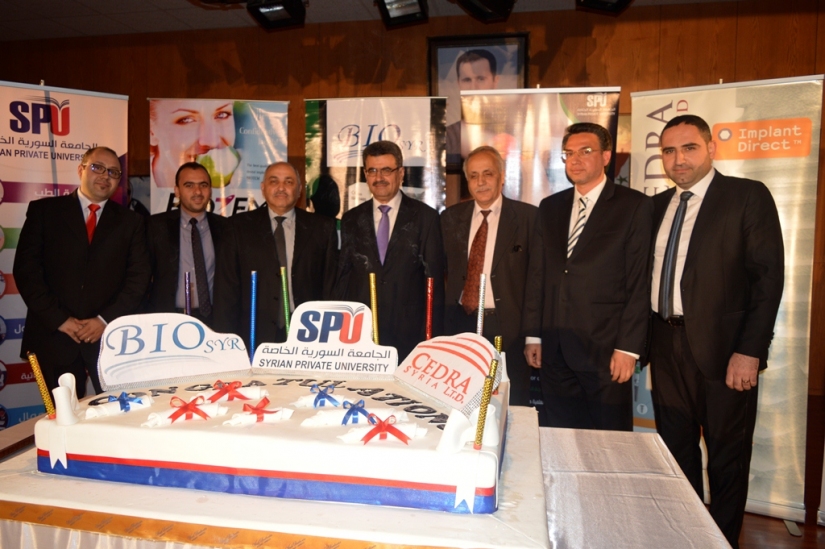 The Deanship of the Faculty of Dentistry invited all doctors, professors and students who attended the dental implant course to a special meeting to receive attendance certificates on Monday 28/3/2016

President of the session Dr. Mazen Zainati was honored by the President of the University and the deans of the faculties of dentistry at the two universities for their valuable efforts and their continuous support for scientific activities and all that would contribute to support the educational process and raise the students' scientific and practical level.

In celebration of the success of the course, a cake was molded with the logo of the university and the logo of the companies sponsoring the transplant, namely Biosphere and Cedera Seria, where the representatives of the two companies invited the President of the University, the deans of the two faculties of dentistry and the head of the course to participate in the cake cutting.

This was followed by the delivery of certificates of attendance where each participant in the course received three certificates from the Syrian Private University and the two sponsor companies.

To conclude the meeting with a distinctive atmosphere through which the audience expressed their appreciation for this scientific activity and thanked the distinguished organizers of the organization.