Honoring basketball team who participated in the Central Basketball Championship 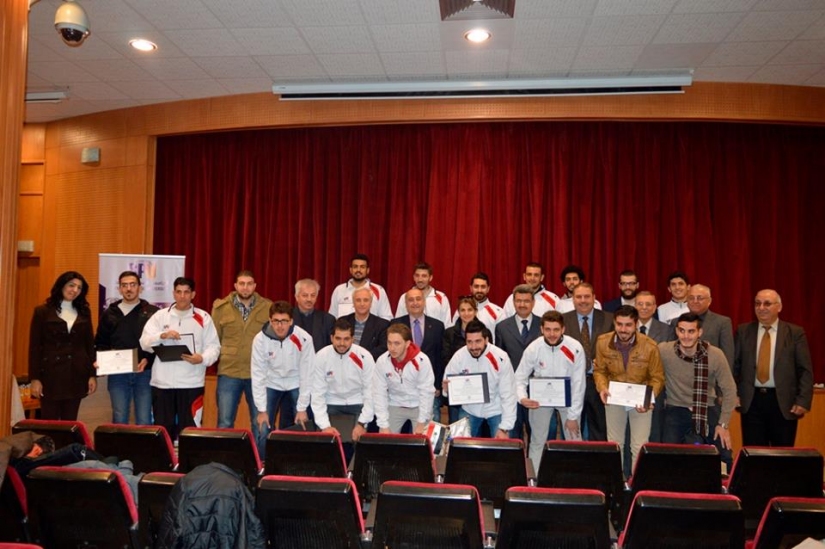 The Presidency of the Syrian Private University honored the basketball team which participated in the Central Basketball Tournament of Basketball which was held at the University of Al-Baath in the period from 28 November to 3 December 2015 on Saturday 12/12/2015.

The award came as an appreciation of the university presidency for the efforts of the team, supervisors and coach who have been well deserved as a result of this tournament.

The meeting was attended by colleague Darin Sulaiman, member of the Executive Office, Head of the Office of Special Education and Informatics at the National Union of Syrian Students, the President of the University, Prof. Dr. Abdul Razzaq Sheikh Issa, his deputies, deans of the faculties and a group of students at the university.

The family of the Syrian Private University highly appreciates the team's efforts and congratulations on what it achieved in the championship and wishes him and all its students the success of success and further achievements at all levels and in all scientific, cultural, social and sports fields to be distinguished ambassadors to their university. Central Basketball