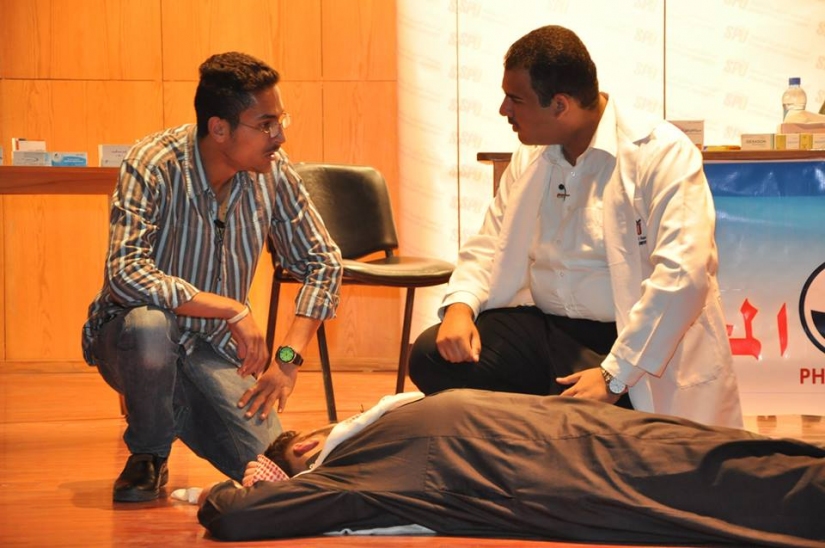 The Syrian Private University organized in cooperation with the branch of the National Union of Syrian Students a play by a group of university students titled "Pharmacist in spite of pain" on Saturday, 2017/5/6 in the theater of the Martyr Bassel Al-Assad Institute where the students presented some of dramatic scenes which were highly professional and beautifully acted, and the student Yamen Zidan presented a musical piece after the end of the play with which the students interacted greatly. The University administration thanks all the students who participated in the play and the musical piece and wishes them all the success.