Faculty of Medicine organizes a meeting on "How to write Proposal" 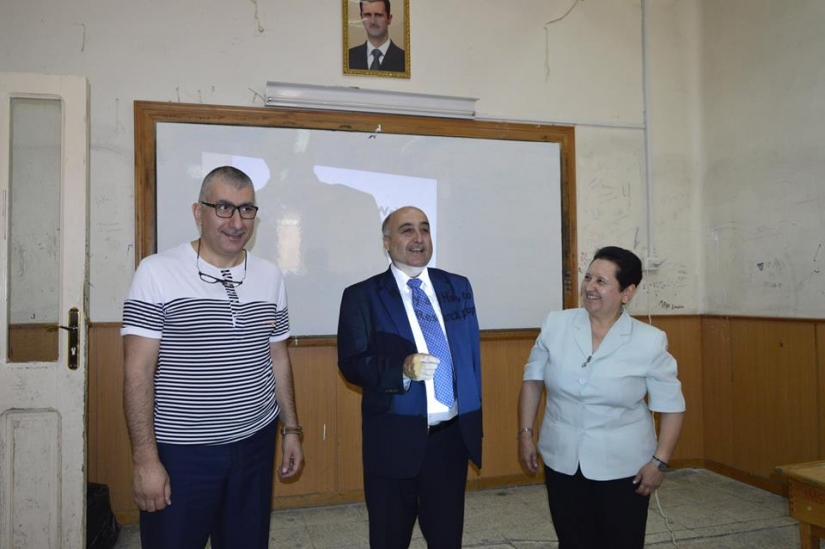 By an invitation of the Committee for the Development of Scientific Research at the Faculty of Medicine, Professor Hiam Bashour lectured on "How to write a proposal" on 22/6/2016 at the temporary headquarters of the University.

The meeting was initiated by introducing the Committee for the Development of Scientific Research,  Prof. Nazir Ibrahim Dr. Biehas Wakkaf and Dr.Hiam Bashour

The lecture was presented in a conversational manner and was characterized by a high level of discussion that is very useful to the audience and was considered part of the training course that the students follow since February 2016.

The lecture was attended by a number of interested professors and doctors, including Dr. Kamal Hamasneh and Dr. Hisham Hammami in addition to a large number of students and the scientific research team of Dr. Siham Suleiman and Dr. Mohammed is pleased.

At the end of the lecture, Mr. Dean thanked the lecture professor and agreed to give another lecture on the critical reading of scientific research and set its date later

Faculty of Medicine organizes a meeting on "How to write Proposal"