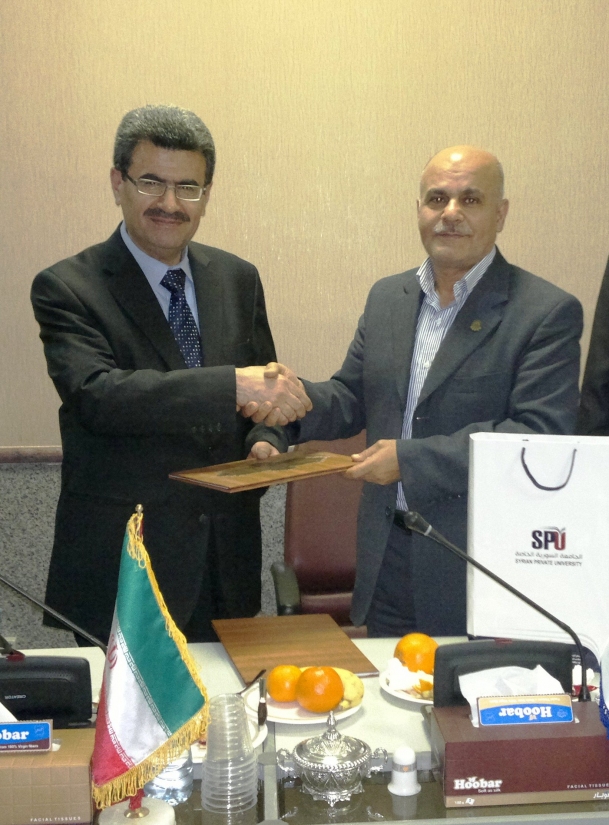 The Memorandum was signed on 09/02/2015 and has a term of five years, subject to extension.

The Memorandum of Understanding provides for the promotion of cooperation between the two universities in any programs that serve the scientific and cultural exchange, including the exchange of research between colleges, lectures and discussions, as well as the exchange of students and teaching programs, the establishment of joint conferences, seminars and workshops.

In addition, the Syrian Special University offers an office at its headquarters to provide information on how to apply for admission to the University of Amerbir. The Office also advises interested students from the Syrian Private University to pursue their studies at Amir Kabeer University. Provide them with full support in all matters relating to legal and administrative procedures, promote their integration and assist them in finding a suitable place of residence throughout the study period.