The engineering and business team wins the cultural competition 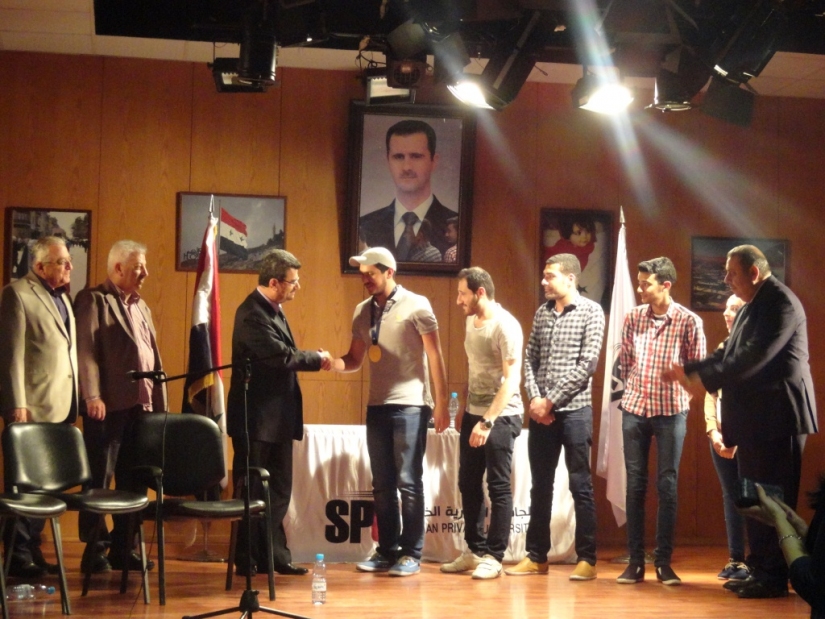 As part of the Syrian University's interest in cultural activities, in addition to scientific, sports and recreational activities, a cultural competition entitled "Intellectuals without Borders" was organized under the patronage of the university branch of the National Union of Syrian Students, in coordination with the Directorate of Public Relations and Marketing, In the presence of the President of the University, Prof. Dr. Abdul Razzaq Sheikh Issa, his deputy Dr. Marwan Al-Hajji, deans of some colleges, members of the educational and administrative staff and a group of university students.

The competition was between two teams. The first group is represented by students of medical colleges and the second team is represented by students of engineering colleges and business administration where a variety of cultural questions were asked in several fields and in several stages of the competition. Points were distributed based on the number of correct answers.

The competition ended with the success of the engineering and business administration team by a narrow margin. The winning team won the title of intellectuals without borders and were handed over medals bearing the title of the competition and its logo by the university professor who encouraged the students to develop their culture by reading and reading and taking care of their lessons to be true ambassadors For their university in science, culture and creativity, wishing the winners of this competition and the students participating in it success and success.