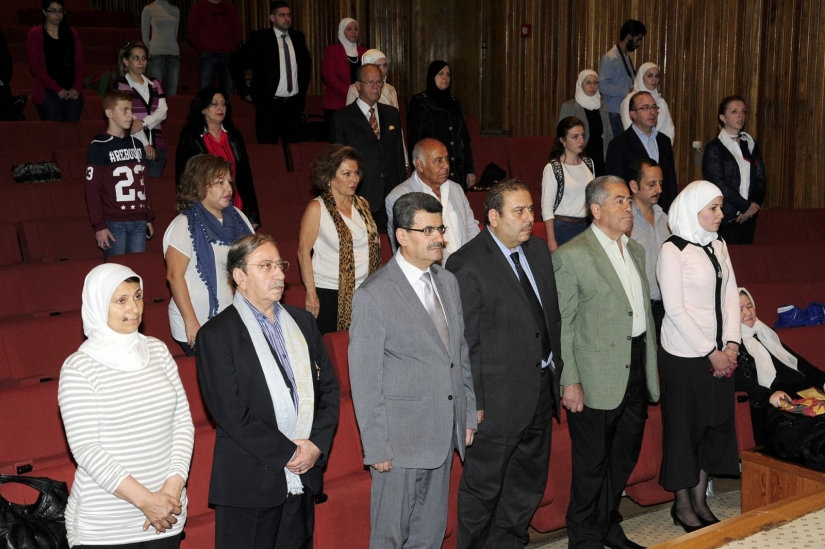 Friends of Damascus, in cooperation with the National Library of Assad, held a concert honoring the great artist Nihad Qal'i on the occasion of his twenty-second anniversary in honor of his rich artistic career.

During the ceremony, a short documentary film by Mustafa Brokai reviewed the most important artistic turning points in the life of the late Qal'i from the opening of the Syrian Arab Television and its relationship to him until the end of his life in theater, cinema and drama, which he composed and represented with the great artist Duraid Laham Sleeps and dumps Ghawar and God's bathroom and others.

The Syrian Private University, represented by the University President Dr. Abdul Razzaq Sheikh Issa and his deputy for administrative affairs and students, Dr. Marwan Al-Hajji, participated in this ceremony as an expression of her love for the late artist and appreciation of his valuable artistic career, especially that his granddaughter Miss Nada Rasul Agha is one of the active members of the Syrian private university family.