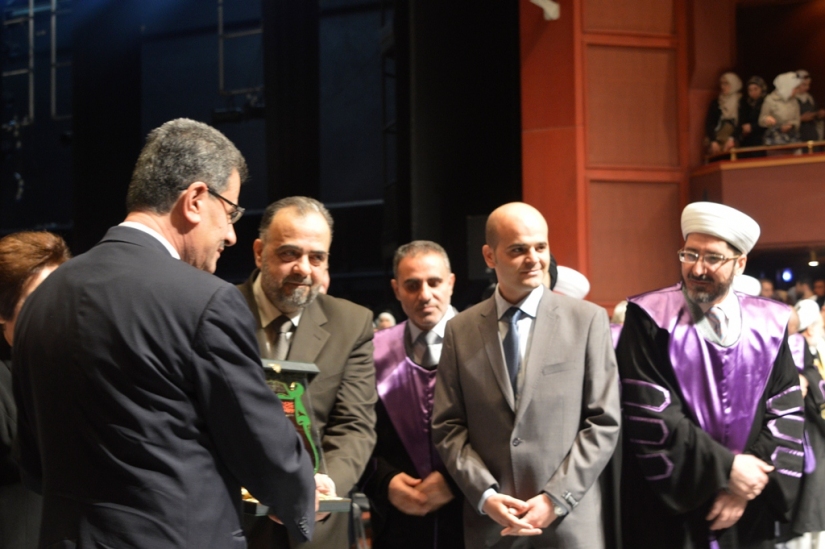 The Syrian Private University, represented by its President Dr. Abdul Razzaq Sheikh Issa, participated in the ceremony held by the Higher Institute of Al-Sham on the occasion of the graduation of the second and third students of the Institute in the presence of a number of ministers and important figures in the community.

And gave him a shield to honor his active and constructive role in the process of higher education in Syria.