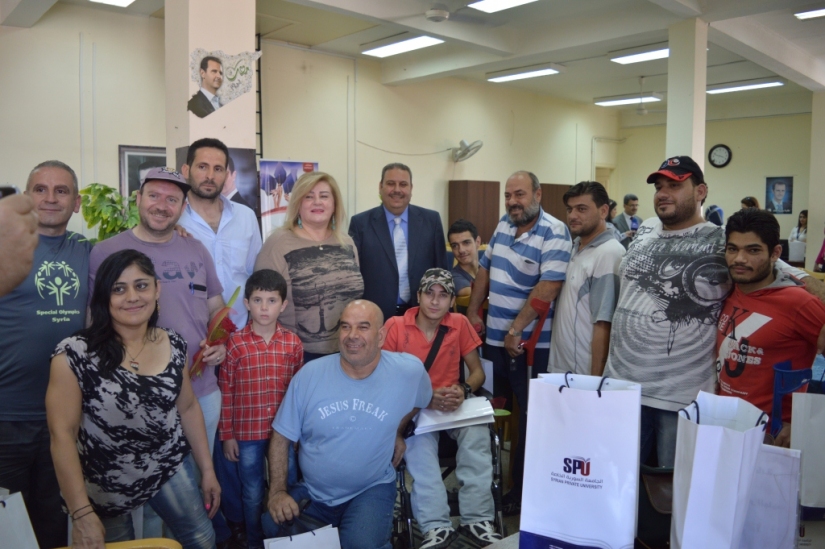 Under this heading, the Syrian Special University invited the club of Al-Amal Sports Club with special needs to a meeting in its temporary headquarters at the Martyr Bassil Al-Assad Institute on Saturday, 11/07/2015, in the presence of the President of the University, Al-Razzak Sheikh Issa, his deputy Dr. Marwan Al-Hajji and the public relations team at the university, as well as Ms. Reem Fakhreddine, who supervises the club.

The University President welcomed the presence of Al-Amal Sports Club team and their acceptance of the invitation of the Syrian Private University. He stressed in a speech that the honor was in the context of linking the University with the community. Al-Amal Club remains hopeful of giving, success, excellence and continuity. The University in the service of the community to be at the forefront on all levels of sports technical and social, stressing the continuation of communication with the club and the continued support of the University for its activities and praising the successes they have achieved and demanding development.

The public relations team at the university presented flowers and symbolic gifts to the audience to express the love of the Syrian private university family and encourage them to remain the title of hope and optimism that the difficulties will not stand in the face of the culture of life.