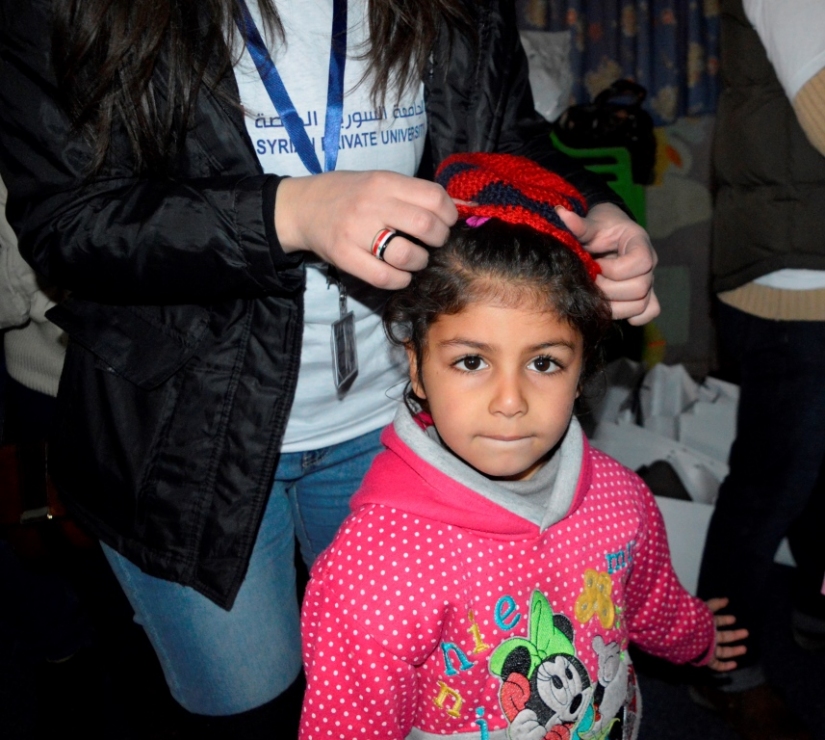 A few weeks after the launch of a campaign organized by the Syrian Private University in cooperation with the university branch of the National Union of Syrian Students for the second season, the volunteer team managed to hit the target by providing warmth to some Syrians who forced them to leave their homes and exposure to the cold winter. .

The volunteer campaign team, aware of the importance of this humanitarian campaign and in cooperation with the General Federation of Women, visited the accommodation centers supervised by the Federation and distributed winter clothes to women, children and the elderly in these centers.

Not only did the volunteer campaign team distribute clothes, but through Santa Claus's character, one of the students was able to bring joy and joy to the hearts of the children who gathered around them. They offered them wool hats to protect them from the cold and also a number of childish symbolic gifts.

This humanitarian campaign is a campaign by the Syrian Special University in cooperation with the National Union of Syrian Students for the second season as part of its annual plan aimed at enhancing the role of the university in society and supporting the collective social action that will contribute to the development of society and its development. And prosperity.