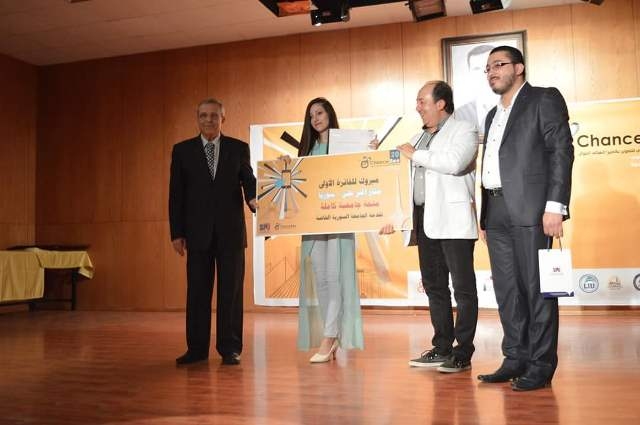 Closing ceremony of the “Chance Be” photography festival through the mobile camera at the Syrian Private University - The Institute of Martyr Bassil Al-Assad - in the presence of the university president Prof. Dr. Mohammed Riad Al-Ghazzi and his vice-president for scientific affairs and research Prof. Dr. Nazir Ibrahim in addition to the guests of the festival of journalists, artists, the arbitration of the competition, the students who are participating and the students of the Syrian Private University.
The ceremony was opened by Lebanese and Syrian national anthems and then by the speech of the president of the Syrian Private University followed by the speech of the director of the festival Mr. Ahmed Al-Qaseer, in which he presented the participating pictures and the stepping ones to the final stage, and then the certificates of appreciation were presented to the sponsors and contributors to the success of the festival, followed by the awards of the winners and the participation certificates for all participants. The Syrian Private University congratulates the administration of the “Chance Be” photography festival and wishes it more success and excellence.