Scientific day at the Faculty of Pharmacy 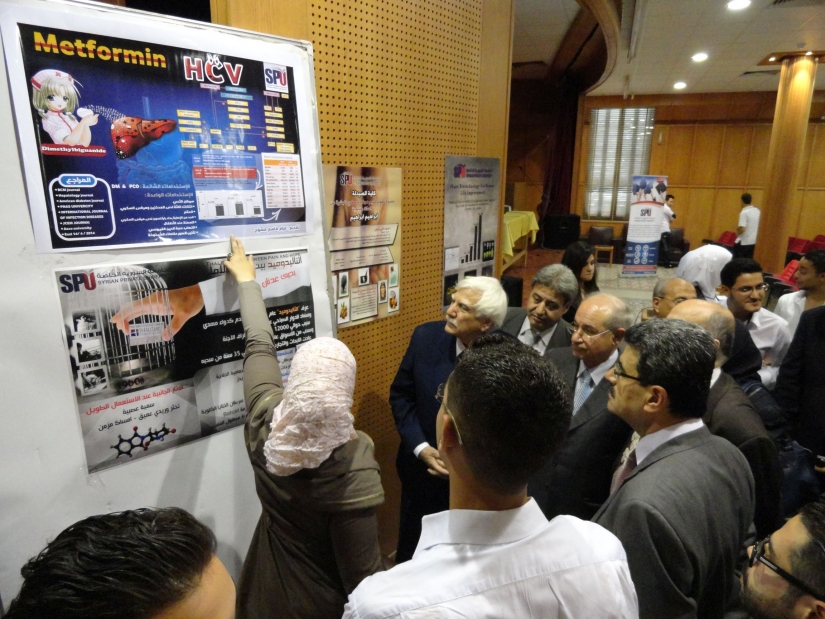 This is followed by a speech by Prof. Dr. Abdul Razzaq Sheikh Issa, where he stressed the importance of a special fingerprint for each university and the importance of scientific research in any educational institution. We at the Syrian Private University encourage scientific research under the patronage of the Deanship of Colleges and its professors to have a distinctive mark between the educational institutions in Syria and regionally and internationally. He thanked all the students who participated in their scientific research on this scientific day and encouraged all students to conduct research and participate in such scientific activities, which is an important indicator of the academic and academic development witnessed by the university, Mai and the administrative.

After that, the scientific day program began with a lecture by Dr. Adel Nofal about the irrational investment of antibiotics and then Dr. George Laham's lecture on the specifications of raw materials in the pharmaceutical industry.

The students then gave abstracts about the scientific research they are participating in:


Thalidomide between pain and hope